There is no mistaking the evidence, Cannabis cures cancer 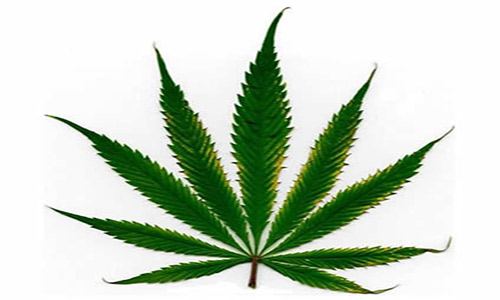 Although there has been scientific evidence that marijuana can shrink and even kill tumors since the 1970s, much of the recent public interest in this research has been inspired by Run From The Cure, a documentary about a Canadian man who claims that the concentrated oil from the cannabis plant has cured his skin cancer. He then tries the cure on a number of other cancer victims in his community with similar results.

video: Run from the cure – the Rick Simpson story

Researchers have now found that the compound, called cannabidiol, has the ability to ‘switch off’ the gene responsible for metastasis in an aggressive form of breast cancer. Importantly, this substance does not produce the psychoactive properties of the cannabis plant.
A team from the California Pacific Medical Center, in San Francisco, first spotted its potential five years ago, after it stopped the proliferation of human breast cancer cells in the lab.

Another Spanish team, led by Dr Manuel Guzmon, wanted to see whether they could prevent a form of cancer (glioblastoma multiforme) from growing by cutting off its blood supply. Glioblastoma multiforme is one of the most difficult cancers to treat – it seldom responds to any medical intervention, especially conventional methods which poisoning and primatively destroy cells such as radiotherapy, chemotherapy and surgery.

The mice were given a cancer similar to the human brain cancer (glioblastoma multiforme). The mice were then given cannabinoids and the genes examined. The genes associated with blood vessel growth in tumors through the production of a chemical called vascular endothelial growth factor (VEGF) had their activity reduced.

Dr Guzmon said: ”As far as we know, this is the first report showing that ceramide depresses VEGF pathway by interfering with VEGF production.”

They then wanted to see if this would also happen with humans.

They selected two patients who had glioblastoma multiforme and had not responded to chemotherapy, radiotherapy or surgery. The scientists took samples from them before and after treating them with a cannabinoids solution – this was administered directly into the tumor.

Amazingly, both patients experienced reduced VEGF levels in the tumor as a result of treatment with cannabinoids.

Why You Shouldn’t Smoke Cannabis But Drink It Instead

Nonpsychoactive cannabinoids, such as cannabidoil, are particularly advantageous to use because they avoid toxicity that is encountered with psychoactive cannabinoids at high doses useful in the method of the present invention. CBD (Cannabidiol), one of the main constituents of the cannabis plant has been proven medically to relieve many diseases including the inhibition of cancer cell growth. Recent studies have shown it to be an effective atypical anti-psychotic in treating schizophrenia. CBD also interferes with the amount of THC your brain processes, balancing the psychotropic effect of marijuana. That is precisely why the power of raw cannabis is turning heads.

”If you heat the plant, you will decarboxylate THC-acid and you will get high, you”ll get your 10 mg. If you don’t heat it, you can go up to five or six hundred milligrams & use it as a Dietary Cannabis. . . and push it up to the Anti-oxidant and Neuro-protective levels which come into play at hundreds of milligrams,” stated Dr. William Courtney.
”The amount of Cannabinoids we need would be difficult to get through smoked Cannabis without feeling the intoxicating effects,” said Kristen Courtney.

The Endocannabinoid System (ECS) maintains our biological systems by regulating each cell tissue. It uses Arachadonic acid/Omega 6 to make Endo-Cannabinoids: fatty molecules that communicate harm between cells. Dietary Cannabis mimics the ECS by providing Cannabinoids when there is an Arachadonic acid deficiency or Clinical Cannabinoid Deficiency.

Plants sprayed with anything shouldn’t be juiced, but some pests are edible, such as Spider mites.

To prepare leaves for a juicer, avoid rinsing – soak them in water for 5 minutes.

Masticating juicers are efficient for leaves, buds and sprouts; a centrifugal juicer may need additional vegetables to chop fibers.
To preserve juice fill containers so that air is minimized; a dose of juice frozen in an ice cube tray retains medicinal value.

Cannabis is a Class B drug that is illegal to have, give away or sell. “If cannabis were discovered in an Amazon rainforests today, people would be clambering to make as much use as they could out of the potential benefits of the plant,” said Donald L. Abrams, MD, Chief of Hematology and Oncology at San Francisco General Hospital and Professor of Medicine at the University California. Dr. Abrams is widely known for his research on medical cannabis applications. ”Unfortunately, it carries with it a long and not so long history of being a persecuted plant,” he added.

Marco Torres is a research specialist, writer and consumer advocate for healthy lifestyles. He holds degrees in Public Health and Environmental Science and is a professional speaker on topics such as disease prevention, environmental toxins and health policy.