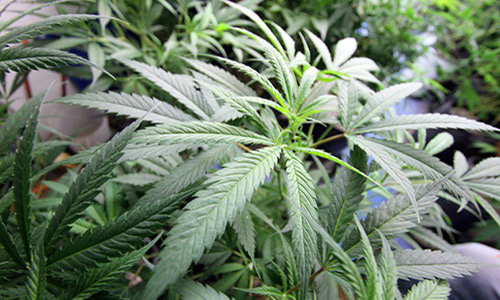 Observational studies show cannabis relieves motor and non-motor symptoms of Parkinson’s disease.
Studies focused on cannabinoid-based treatments for Parkinson’s disease have been conducted since the seventies, due to the important number of patients suffering from the illness reporting an improvement of their symptoms following the consumption of cannabis.

Motor symptoms have been at the centre of these studies, as they constitute the most visible and most debilitating disorders in relation with Parkinson’s disease.
As early as the eighties, cannabinoids have been shown to alleviate dystonia, dyskinesia, and akinesia, all of them motor symptoms which have been known to impact certain Parkinson’s patients. For instance, controlled doses of synthetic cannabinoids have been able to reduce dyskinesia in patients suffering from Parkinson’s disease or Parkinsonism for years by 30%. Incidentally, medicinal cannabis as well as cannabis extracts-based medications are already being used to treat general spasticity in the context of other conditions such as multiple sclerosis or Gilles de la Tourette’s syndrome.

Research focusing on the degeneration of brain cells and its resulting impact on cognitive capacities – which is the origin of the aforementioned motor symptoms – has also been relatively active, with a few breakthrough studies published during the previous decade. The neuroprotective properties of cannabinoids had already been proven on many occasions, and the impact it could have on Parkinson’s disease was confirmed as well.

In 2004, a research laboratory injected rats with an agonist of Tetrahydrocannabinol (THC), one of the major psychoactive substances of cannabis, followed by the injection of a toxin triggering an animal version of Parkinson’s. Upon testing of these rats in parallel with a control group of healthy subjects, researchers observed that their brains were virtually indistinguishable. In a second series of tests, other rats were this time first injected with the toxin, then with the THC agonist, with positive results as well, especially when THC was combined with Cannabidiol (CBD), a non-psychoactive cannabinoid known for its medicinal properties. In human terms, the second test suggested that cannabinoids intake could slow down the progression of the disease for several years.

Despite numerous studies underlining the multiple benefits of cannabis on Parkinson’s, no palliative or curative treatment has been developed, partly due to the lack of availability of medicinal cannabis dedicated to research. This is why the aforementioned studies have so far been considered with relative caution, especially since it was observed that an excessive dose of cannabis could reverse its own effects and temporarily worsen some of the motor symptoms. These results were however partly linked to the relative inefficacy of clinical tests conducted with synthetic cannabinoids, as well as the lack of familiarity of the subjects tested with medicinal marijuana or cannabis extracts-based medication.

In order to bypass the legal restriction of cannabis being illegal in most countries these last two years, many observational studies were published, focusing on patients already self-medicating with cannabis. The tests measured their reaction to a “dose” of medicinal cannabis, once again with positive outcomes in regards to motor symptoms as well as non-motor symptoms.  Patients participating to the study reported that a “dose” of cannabis could relieve them for a period of 2 to 3 hours.

Finally, in March 2014, researchers from Tel-Aviv managed to show results for 22 patients suffering from Parkinson’s Disease, whose symptoms, both motor and non-motor, were relieved following the use of cannabis. The medical team registered important fluctuations in pain, sleep, and several motor symptoms, namely tremor, rigidity and bradykinesia. In addition to these results being the first study showing cannabis relieving motor and non-motor symptoms alike, no adverse effects were observed following the intake of cannabis. It is likely that these recent advances will trigger a newfound enthusiasm from the medical community to pursue research in this direction, especially since large amounts of medicinal cannabis have been unlocked for research in the United States.