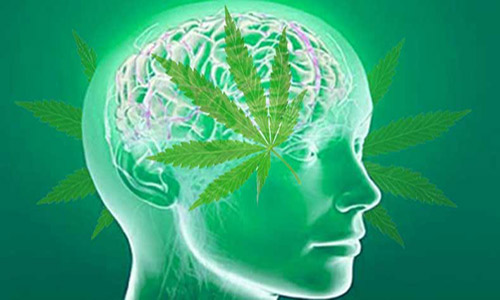 The medical uses of cannabis and its derivatives are continuing to be discovered at an astonishing rate. This is despite the fact that U.S. government clings to an absurd, baseless classification of cannabis as a Schedule I drug, which severely limits research and scientific advancement.
We recently reported on two rather surprising fields that could benefit from medical cannabis, as well as clinical data that backs its use for Attention Deficit Hyperactivity Disorder (ADHD).

The diversity of medical uses for cannabis lies in its ability to stimulate cannabinoid receptors in the brain, which are fundamental to the proper functioning of physiological systems.

A survey of 446 patients with traumatic brain injuries was carried out by the Los Angeles Biomedical Research Institute (La BioMed). The results, reported in The American Surgeon, found a strong association between cannabis use and survival of the trauma.

“Previous studies conducted by other researchers had found certain compounds in marijuana helped protect the brain in animals after a trauma,” said David Plurad, MD, an LA BioMed researcher and the study’s lead author. “This study was one of the first in a clinical setting to specifically associate THC use as an independent predictor of survival after traumatic brain injury.”

There is strong rationale for conducting clinical trials on trauma patients using medical cannabis. The case was bolstered by Israeli researchers, who found that the timely application of cannabinoids can prevent negative effects of PTSD.
Administering synthetic marijuana (cannabinoids) soon after a traumatic event can prevent PTSD-like (post-traumatic stress disorder) symptoms in rats, caused by the trauma and by trauma reminders.

Dr. Irit Akirav had discovered in previous studies that administering cannabinoids within a certain time window after a traumatic event reduces PTSD symptoms. The more recent study found that cannabis made the effects of trauma reminders “disappear.”
Another important finding of the study is that cannabinoid substances are better at treating PTSD than SSRI antidepressants,which bring a host of negative side-effects including violent tendencies.

Other research is showing more potential for medical cannabis to treat problems of the mind.
Cannabinoids may reduce depression that results from chronic stress, according to scientists at the University at Buffalo’s Research Institute on Addictions. Chronis stress reduces the production of endocannabinoids, which are naturally produced compounds similar to chemicals found in cannabis. This loss can be supplemented with cannabinoids.

The wide variety of studies being carried out on the medically useful properties of cannabis is a challenge to the absurd nature of prohibition. For decades, government attempted to deny citizens of their human right to use this plant, but this is crumbling quickly in the face of scientific advancement.