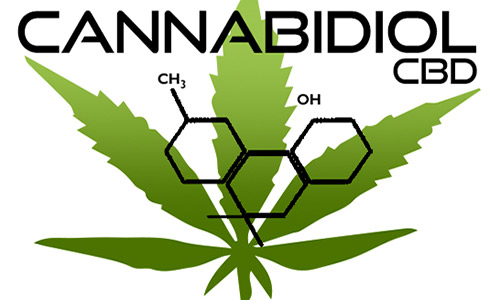 Many people suffer from social anxiety, but it is often a subject that is pushed aside as many are embarrassed to talk openly about it. However, personal experience has taught me that social anxiety can be mentally crippling in many ways and negatively impact various areas of a person’s life. When in a social setting, it feels as if you are trapped in your own personal prison, and the words you want to say just won’t come out.

When seeking help from doctors, many are prescribed anti-anxiety medications that either do not help or have serious side effects. Luckily, researchers have found what appears to be a legit solution to managing social anxiety.

In a study testing the effects of CBD on social anxiety, researchers administered a simulation public speaking test (SPST) to test subjects before and after taking CBD and compared the results. A SPST is basically a test designed to provoke a response in an individual with social anxiety similar to the one they would experience if they were actually speaking in public.

Test results showed a decrease in anxiety among individuals treated with CBD, with the placebo group presenting much higher levels of anxiety, cognitive impairment, discomfort, and alertness in comparison. Preliminary findings of the study, published in the Neuropsychopharmacology journal under the title “Cannabidiol Reduces the Anxiety Induced by Simulated Public Speaking in Treatment-Naive Social Phobia Patients,” indicate that as little as a single dose of CBD can drastically reduce social anxiety and related symptoms, such as cognitive impairment, difficulties in speech delivery, and frantic, anticipatory speech.

Not only did CBD ease the process of speaking for test subjects, but, due to improved speaker performance, it enhanced the audience’s attention as well—rendering speeches delivered by those who were administered CBD before speaking as all around more productive than those delivered by speakers who were not administered CBD. Simply put, the simulation public speaking test revealed that CBD inhibits one of the most prominent symptoms of social anxiety, fear of public speaking.
Other interesting details surfaced as an outcome of the study, though. After administration of CBD, MRI scans of those with social anxiety revealed CBD provokes action in the limbic and paralimbic brain areas, which are both linked to anxiety.

Another notable effect of CBD on social anxiety seen in the study was its ability to almost entirely eliminate thoughts of negative self-evaluation while speaking in individuals whose minds would have usually ripped everything they said to shreds as they spoke, convincing them they were doing a horrible job, due to limiting thoughts and beliefs typically inflicted upon them by intense social anxiety.

Resources:
For more on this subject, and/or on how CBD and other components of cannabis can treat anxiety and various other conditions and illnesses, check out my recent book: ”Cannabis for Lyme Disease and Associated Conditions: Scientific Basis and Anecdotal Evidence for Medicinal Use”