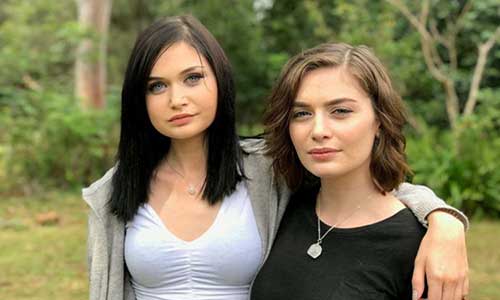 ABC News Australia recently reported on a story about a desperate father. Stephen Taylor’s two daughters were fighting Crohn’s disease, which causes chronic inflammation of the digestive tract. When all else failed, Taylor turned to juicing cannabis and discovered that the plant may have the potential to cure his daughters’ illness.

Taylor’s two daughters, Morgan (21) and Ariel (25), have been fighting Crohn’s disease for many years. This auto-immune disease attacks the lining of the digestive tract, causing chronic inflammation. The symptoms include weight loss, chronic pain, ulcers, rectal bleeding, diarrhea, and anemia.

Both Morgan and Ariel were repeatedly hospitalized due to the illness. At one instance, Ariel almost hemorrhaged to death. In addition, Morgan suffered horrible side-effects from the drugs used to treat her. For example, she had a severe allergic reaction to one drug and her throat started to close up. Another drug gave her extreme arthritis to where she couldn’t walk for days.

All of this changed when their father started giving them cannabis juice. Both daughters’ symptoms subsided, and they gained weight. Taylor told ABC that he believes cannabis sent Morgan into remission.

Juicing cannabis is much different than smoking it. Iain McGregor is the professor of Psychopharmacology at the Lambert Initiative for Cannabinoid Therapeutics at Sydney University. He explained to ABC this difference:
”In many ways, juicing is a positive thing to do because you don’t get nearly as much of the intoxicating element, which is THC [tetrahyrdocannabinol] and you get another component of cannabinoid, which is THCA [tetrahydocannabinolic acid], which has very strong anti-inflammatory properties in the gut”.

McGregor added:
”Proper clinical trials on THCA have not been done and this is one of the generic problems that we have with medicinal cannabis, this prohibition that we have over the years is really stymieing progress in terms of learning the therapeutic effects of the plant”.

The Australian government continues to be very cautious when it comes to giving access to medical cannabis. Lack of research is one of the reasons for this.

The Struggle to Obtain Access to Legal Medical Cannabis

Medical cannabis has been legal in Australia since late 2016. Yet, it is very difficult to obtain.
McGregor conveyed that there are only about 500 patients who are using the proper channels to obtain cannabis. On the other hand, he estimated that up to 100,000 Australians are using cannabis to self-medicate a variety of health issues.

Proponents of medical cannabis argue that access to the plant should not be as difficult as the government makes it. Dr Bastian Seidel represents general practitioners across Australia. He stated:
”It doesn’t make sense; your postcode should not determine whether you have access to treatment”.

Because Taylor couldn’t find a doctor willing to go through the proper application process for cannabis administration, he decided to grow the plants himself. Regardless that he’s using the plants to effectively treat his daughters, the government still considers his actions illegal.

The police raided Taylor’s home and found 107 plants. He now faces criminal charges. Once again, his daughters Morgan and Ariel must face their illness without access to an effective treatment.

About the Author:
Anna Hunt is writer, yoga instructor, mother of three, and lover of healthy food. She’s the founder of Awareness Junkie, an online community paving the way for better health and personal transformation. She’s also the co-editor at Waking Times, where she writes about optimal health and wellness. Anna spent 6 years in Costa Rica as a teacher of Hatha and therapeutic yoga. She now teaches at Asheville Yoga Center and is pursuing her Yoga Therapy certification. During her free time, you’ll find her on the mat or in the kitchen, creating new kid-friendly superfood recipes.
Sources:
http://www.abc.net.au/news/2018-03-07/father-faces-jail-for-medicating-daughters-with-cannabis-juice/9523898This article (Father Effectively Treats Daughters’ Crohn’s Disease by Juicing Cannabis) was originally created and published by Waking Times and is published here under a Creative Commons license with attribution to Anna Hunt and WakingTimes.com. It may be re-posted freely with proper attribution, author bio, and this copyright statement.