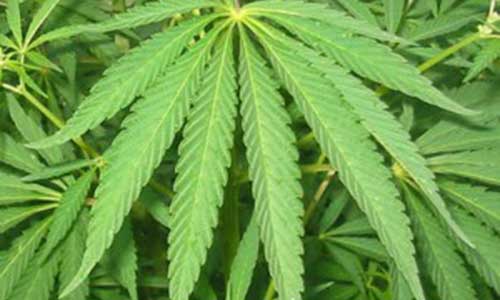 It is no secret that our world is seeing a huge increase in poor health and cancer cases. It should come as no surprise when we look at what we eat daily, the condition of our environment and the types of body care products we use daily that contain a ton of cancer causing agents. Mainstream medicine suggests that chemotherapy and radiation are the best means to go about treating cancer, but there is a growing body of evidence to suggest there exist much better cures.

Cannabinoids may very well be one of the best disease and cancer fighting treatments out there. If you have heard of Rick Simpson you have heard of his methods of preparing cannabis or hemp in such a way where he is able to extract the oil from it and use that oil to treat cancer. Rick has been very successful in his work and his popularity is growing as a result. At the same time, he has received a great deal of flack for his methods as they pose a serious threat to the business that is cancer.

Cannabinoids refer to any of a group of related compounds that include cannabinol and the active constituents of cannabis. They activate canbinoid receptors in the body. The body itself produces  compounds called endocannabinoids and they play a role in many processes within the body that help to create a healthy environment.

Cannabinoids also play a role in immune system generation and re-generation. The body regenerates best when it’s saturated with Phyto-Cannabinoids. Cannabinoids can also be found in Cannabis. It is important to note that the cannabinoids are plentiful in both hemp and cannabis. The differentiation between hemp and cannabis is simply that hemp only contains 0.3% THC while cannabis is 0.4% THC or higher. (Technically they are both strains of Cannabis Sativa.)

Cannabinoids have been proven to reduce cancer cells as they have a great impact on the rebuilding of the immune system. While not every strain of cannabis has the same effect, more and more patients are seeing success in cancer reduction in a short period of time by using cannabis. Contrary to popular thought and belief, smoking the cannabis does not assist a great deal in treating disease within the body as therapeutic levels cannot be reached through smoking. Creating oil from the plant or eating the plant is the best way to go about getting the necessary ingredients which are the cannabinoids.

Another aspect of smoking the cannabis that must be looked at is the fact that when the cannabis is heated and burnt it changes the chemical structure and acidity of the THC which changes its ability to be therapeutic. Further, anytime you burn something and inhale it, you create oxidation within the body. That oxidation is not healthy for the body and can lead to health issues itself.

It is important to note that when we isolate to important compounds of cannabis and take them in supplement we miss out of the bio-synergistic compounds that go along with it in full plant form. This makes it more difficult for the body to determine what exactly it is taking in.

“If you heat the plant, you will decarboxylate THC-acid and you will get high, you”ll get your 10 mg. If you don’t heat it, you can go up to five or six hundred milligrams & use it as a Dietary Cannabis. . . and push it up to the Anti-oxidant and Neuro-protective levels which come into play at hundreds of milligrams,” stated Dr. William Courtney.

The Endocannabinoid System (ECS) maintains our biological systems by regulating each cell tissue. It uses Arachadonic acid/Omega 6 to make Endo-Cannabinoids: fatty molecules that communicate harm between cells. Dietary Cannabis mimics the ECS by providing Cannabinoids when there is an Arachadonic acid deficiency or Clinical Cannabinoid Deficiency.

Doctors who have been researching cannabis and it’s benefits in diet for some time have recommended that people make cannabis a part of their everyday diet. To reiterate, the plant does not need to contain high levels of THC and it can simply be hemp. Eating Cannabis that does contain THC will not get you high.

Also, smoking it does not give the same results as eating or juicing the plant. If we view the plant simple as a vegetable like all other vegetables we eat, it makes sense that we wouldn’t put it inside rolling papers and smoke it to get the nutritional benefits. (haha)