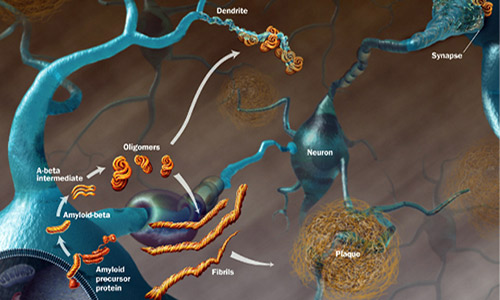 Recent research out of Australia took mice that were bred to mimic symptoms of Alzheimers and who were given CBD from cannabis, the non-psychoactive cannabinoid caused a drastic improvement in memory within the mice tested. Although more studies are still going to be needed to get further results, early results are showing signs in memory improvement and physical results will be tested next. [source 1]

“Cannabinoids are the first and only class of drugs that have ever been effective,” said Gary Wenk, a professor of neuroscience, immunology and medical genetics at Ohio State University.

Alzheimer’s, a neurological disease causing people to forget skills, familiar faces or even simple things they did that day, is becoming a larger issue in our world as the food that surrounds us and our environment often contains heavy metals. Currently affecting over 5 million in America and with rates of about 1 in 9 who may experience it in their lifetime, many believe that as the baby boomers continue to age, numbers will sky rocket. [source 2]

Currently, many of the highly prescribed drugs for Alzheimer’s act to boost levels of acetylcholine, however, time and time again these drugs have been proven to be ineffective and come with negative side effects.  As research continues to develop, more is learned about Alzheimer’s which opens the door for new treatment methods. Recent research points to chronic inflammation as the cause of Alzheimer’s. As plaque builds up, neuron-signalling is blocked which triggers cell death through arterial inflammation. Since CBD has been tested and shown to be a potent anti-inflammatory, utilizing CBD as a treatment against Alzheimer’s made sense. CBD has also been shown to promote the growth of new brain cells.

While the verdict is still yet to be out on whether or not these strains are genetically modified, from speaking directly with doctors in the field working with cannabis treatments, my feeling is we should be exploring untouched strains that are not to be manipulated and that ideally aren’t government. These strains were actually bred before researchers started studying CBD in a formal, scientific manner.

Another interesting option for Alzheimer’s patients is coconut oil. Many who have been testing the efficacy of coconut oil on Alzheimer’s have been seeing very good results in symptom management and depletion. Although no clinical trials have been done yet, the research of Dr. Mary Newport has sparked a huge interest in the topic and thus far is the source of continued testing and inevitable clinical trials.