15 of the best natural remedies for ADHD 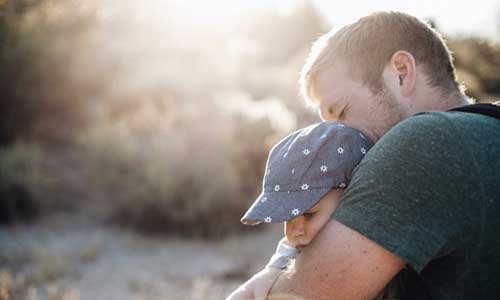 In our quick-fix society, there are thousands of children each day marching to the nurse’s office and a countless number of adults dependent on ADHD medication, Ritalin (methylphenidate), or another psychostimulant drug to help them focus. However, medications often only put a Band-Aid on symptoms and pose a risk. In some cases, it alters one’s personality, and in others, the side-effects can include increased depression, anxiety, aggression, thoughts of suicide, and even psychosis.

Ongoing research suggests that early-life use of Ritalin (methylphenidate) affects brain development. A study published in Biological Psychiatry suggests that exposure to Ritalin in youth may later disrupt the growth of brain cells in the hippocampus, region of the brain critical to memory, spatial navigation, and behavioural inhibition. Damage can lead to memory problems, disorientation, and depression in adulthood. Unfortunately, these medications mimic similar properties as “drugs on the street” and have some of the same side-effects including, withdrawal, and dependency.

ADHD is not all in our head; it lies in the body. And, the majority of those who suffer from attention, concentration and memory problems are missing vital nutritional elements in their diet, which throws their brain chemistry off balance.

Everyone talks about how ADHD sufferers need more dopamine and serotonin, which usually translates into more medication. However, if we look at the physiology behind how neurotransmitters are made in the first place, most of them depend on an adequate intake of protein. Therefore, it’s essential that we eat an adequate supply of protein daily.

Often used in the treatment of ADHD, carnitine can help boost the effectiveness of omega-3s, improve memory, and play a role in the synthesis of dopamine. It also reduces toxicity and can improve behavioral problems like aggression and hyperactivity. Also, many individuals with ADHD have glucose deficiencies that inhibit the uptake of carnitine into the brain. Hence, supplementing with carnitine is believed to help increase the energy production in the mitochondria.

Primrose oil is high in gamma-linoleic acid (Omega-6) when coupled with Omega-3 is believed to boost the immune system, aids nerve health, and helps to maintain healthy glucose levels. In fact, one study conducted at the University of South Australia revealed that taking a combination of fish oil and evening primrose oil capsules along with a multivitamin/mineral reduced symptoms of ADHD by as much as 50%. There were improvements in attention span and memory and decreased restlessness, hyperactivity, and impulsivity.

Sardines, anchovies, and salmon also contain DMAE, a natural central nervous system stimulant produced by the body. The effect of DMAE is similar to a mild amphetamine and may help memory, mood, and concentration. It may also help to reduce hyperactivity and aggression. If your child does not eat these fish, I highly recommend talking to your health practitioner about supplementation. Be aware that this supplement could have a stimulant effect and may not be the best or right treatment for everyone. Starting with a low dose is often best to see how well it works.

All the B vitamins work together synergistically to support critical functions in the brain. They play a vital role in the production of neurotransmitters in the brain and help the neurological system to work correctly by metabolizing fats and proteins into energy. As explained in the February 2016 edition of Nutrients, “The B vitamins represent a group of eight essential dietary micronutrients that work closely in concert at a cellular level and which are essential for every aspect of brain function.”

Holistic doctors are using these antioxidants more widely in the treatment of ADD/ADHD. Functioning as an anti-inflammatory, energy booster, and methyl donor. As a supplement, it helps to raise glutathione levels and combat toxic free radicals. They have been shown to improve immune and allergy response, neurological function, behavior problems and speech delays. It can also help assist in the reduction of seizure activity and stemming behaviors. TMG is produced in the body. Unfortunately, some people do not make enough.

A 2013 study in the Journal of Human Nutrition and Dietetics concluded, “Phosphatidylserine significantly improved ADHD symptoms and short-term auditory memory in children. PS supplementation might be a safe and natural nutritional strategy for improving mental performance in those suffering from ADHD.” Caveat: Be sure to test cortisol levels periodically if supplementing with Phosphatidylserine. It can cause cortisol levels to drop too low.

Besides being an excellent liver cleaner, dandelion has exceptional brain-boosting power. It is rich in Luteolin which has been scientifically shown to improve memory, wakefulness and general cognition.

This amino acid found in green tea increases the activity of GABA, a neurotransmitter that helps reduce anxiety, among other functions. L–theanine also stimulates the release of dopamine, a neurotransmitter frequently out of balance in those who suffer from poor concentration or ADHD.

Cannabidiol oil is an increasingly popular treatment for anxiety, sleep issues, and ADHD, and is documented as being a useful alternative to pharmaceutical medications. CBD oil assists the body’s endocannabinoid system to work more effectively. The endocannabinoid system is a critical modulatory system in the function of the brain, endocrine, and immune tissues. It appears to play an essential regulatory role in the secretion of hormones related to reproductive functioning and response to stress. Extracted from the cannabis plant, unlike THC, CBD is not psychoactive. Meaning that it does not change the state of mind of the person who uses it, however, can have many health benefits.

Always seek help from a qualified functional medicine practitioner or naturopathic physician if you are interested in trying these natural remedies. They can test for deficiencies and recommend the exact dose that is right for you or your children.

To receive more info on how you and your family can overcome ADHD, apraxia, anxiety and more without medication purchase my book Healing without Hurting.